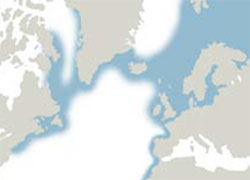 World stock size: Unknown, but believed to be at least 700,000 animals

The common porpoise is the smallest whale in the North Atlantic. It is of stocky build, with a black or dark grey back, and the sides of its front part bear a light grey patch which, to varying degrees, merges with the dark back. The flippers and the head are dark. The belly is generally completely white, right up to the snout, with darker stripes running backwards from the corners of the mouth to the flippers. The flukes are small, with a median notch. The dorsal fin is low, usually almost triangular and only slightly back-swept, if at all. The head is rather small-featured, there is little distinction between the beak and the melon, and the mouth is slightly upward curved. The spout is hardly ever visible, but may be heard for some distance in still weather. The porpoise often lies practically motionless near the surface for long periods while at other times it rolls forward in a most relaxed manner. When it descends below the surface, the dorsal fin is the last part to disappear. When hunting, the porpoises become somewhat livelier and may even break the surface, particularly when blowing. There is individual variation with regard to breaching and being attracted to boats and ships. Usually several of them swim together in a pod. 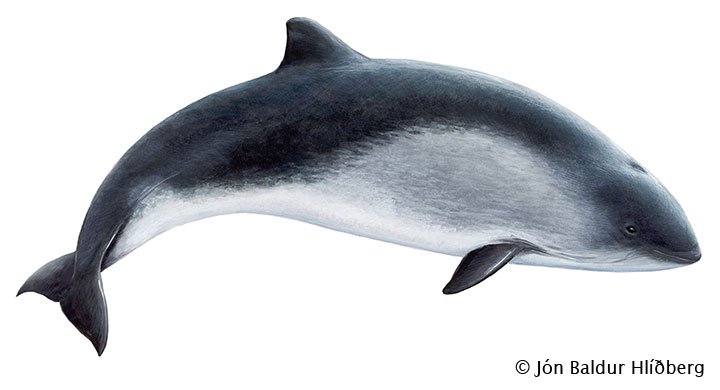