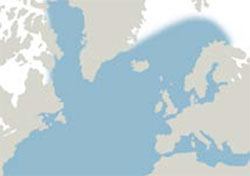 The sei whale is somewhat more powerfully built than the fin whale and has a streamlined body. The back, the entire caudal peduncle and the flippers are greyish black, whereas the belly is lighter in hue. Both sides of the head are also dark at the top, while the area behind the eyes is often mottled with light grey irregular patches, identical on both sides. The body is often spattered with light coloured circular or oval scars. A high ridge or narrow comb stretches from the blowhole almost to the end of the snout. The dorsal fin is taller and steeper than that of the fin whale and is also positioned further to the front. The flippers are slim and proportionally small. The flukes are triangular with a median notch. The snout is rounder than that of the fin whale. The spout is a fan-shaped vertical column, about 3 m high. The dorsal fin is visible during or right after blowing. This whale usually swims at a leisurely pace near to the surface, but it can travel at a speed higher than that of all other large whales, or around 50 km an hour. A tall dorsal fin rising from a very dark back is the distinguishing feature of the fin whale, as well as the fact that when deep-diving it does not hunch its back quite as much as its cousins but slips more gently into the depths of the ocean, without its flukes breaching the surface. Although it can stay underwater for at least 20 minutes, the usual time for a dive is 5-15 minutes. It has a tendency to make low jumps, breaking the surface at an acute angle. It is generally considered to avoid shipping and is usually found on its own or travelling in small schools. 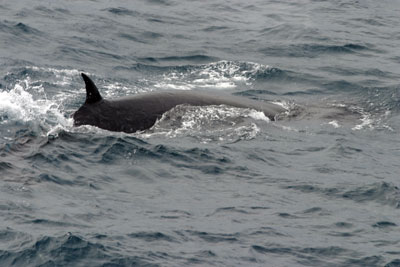 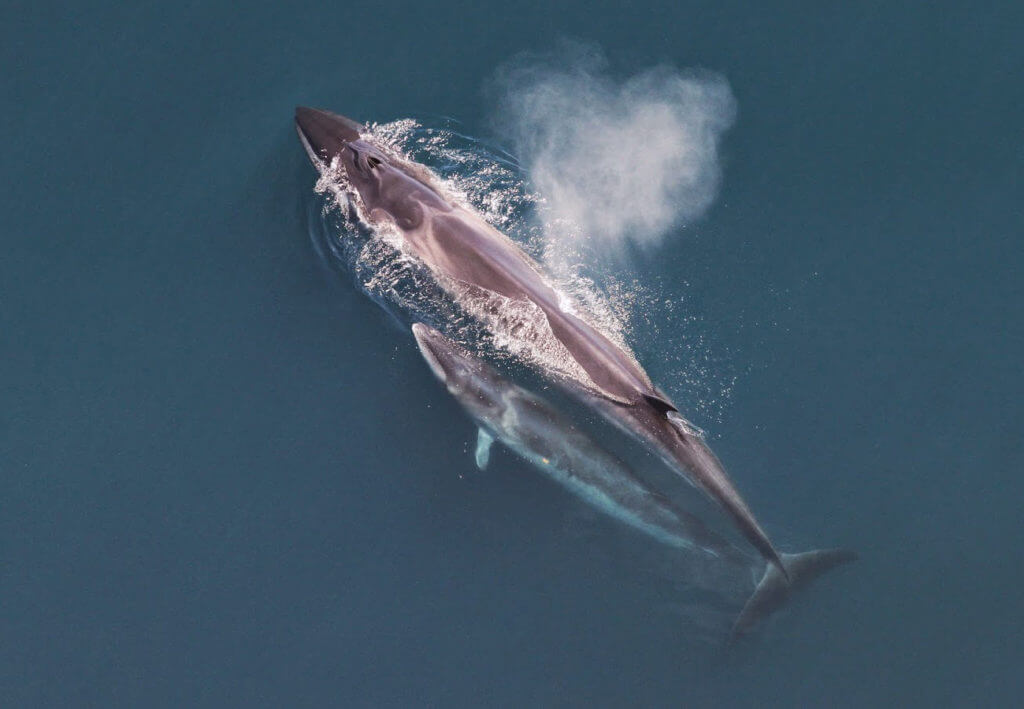