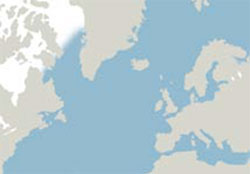 World stock size: Unknown
In the North Atlantic: Around or over 200,000 animals

The northern minke whale or lesser rorqual is similar in build to other rorquals, but smaller and more rotund. It is almost black on the back but greyish down the sides with light patches towards the front which reach up to and sometimes across the back. The underside is white. The dorsal fin is rather high, curving slightly towards the back or crescent-shaped. They have a well-defined white band located on the middle of their long, dark and narrow pectoral flippers. This is the main distinguishing mark of this species. The flukes are proportionally broad, tapering to a sharp point, the underside being mostly white. The head is noticeably narrow towards the beak, both when seen from the side and above. There is a low ridge running from the blowhole to the beak. The spout is generally about 2-3 m tall and only visible under the best weather conditions. The beak is the first thing to be sighted when this whale surfaces to breathe, immediately followed by the dorsal fin. The whale blows a few times at short intervals before hunching its back further out of the water and diving into the depths where it remains for some minutes. The northern minke can be very lively, jumping high out of the sea, ”shaking itself dry” then diving head first into the ocean, in a dolphin-like manner. But sometimes, for a change, it will land on its side or back with the resultant splashing and commotion. Unlike other rorquals, this whale can be – young animals in particular – extremely inquisitive and enjoys approaching and examining vessels which pass its way. This species prefers to roam alone or with only a few companions. 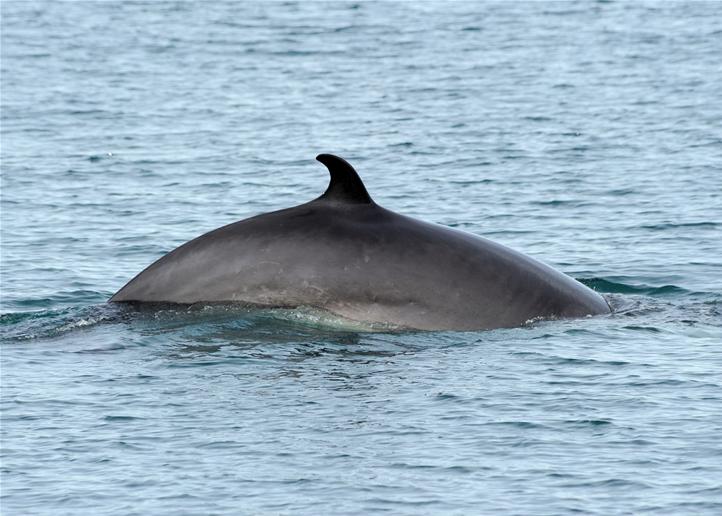 The prominent back fin of the Minke whale 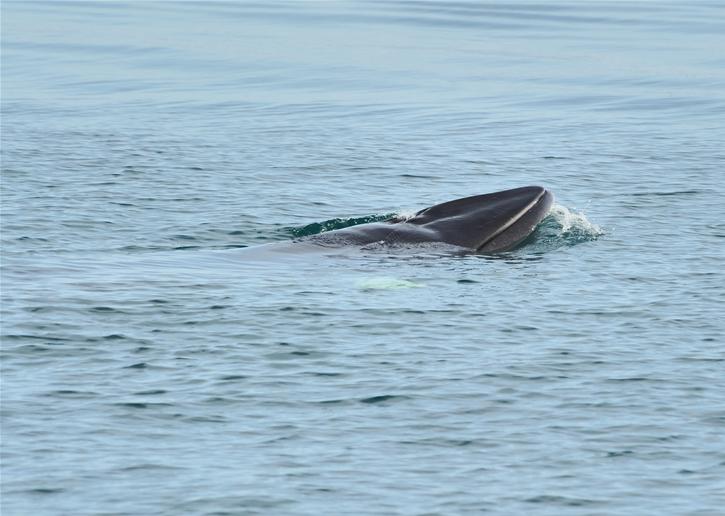 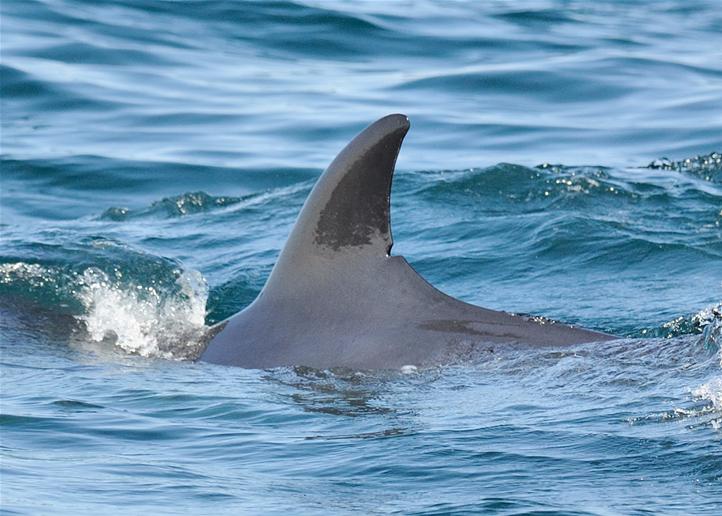 The back fin oft a Minke whale up close 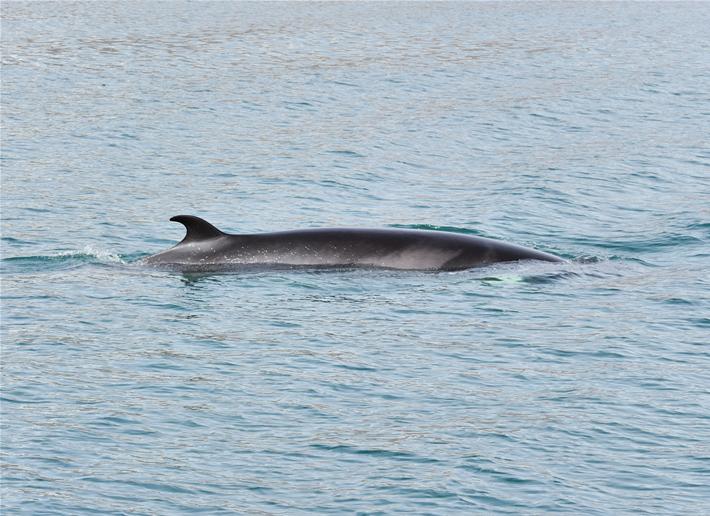 Full back view of a Minke whale