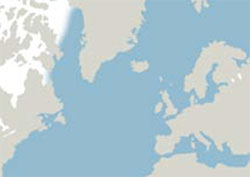 In the North Atlantic: Approximately 12,000 animals

The humpback whale is of stocky build and somewhat clumsy in appearance compared to other rorquals. As for colour patterns, the back and sides are black or dark-grey, often with light-coloured spots on the lowest part of the belly near the genital slit, and usually some part of the blubber is also light in hue. Their long flippers are quite distinctive and can attain a length of about 5 m. Their outer surface is white, but the knobs on the front are frequently black. The sharply defined flukes are also of enormous proportions, with a median notch; the rear edge is jagged and the lower surface may display considerable colour variation. The head is huge with a blunt snout. The jaws and the top of the head are covered in knobby protuberances. The spout is usually a clearly distinguishable cone, 2.5-3 m high and not as regular as that of large rorquals. The humpback generally travels slowly, but is nevertheless capable of energetic spurts. Its dives are usually of a fairly short duration, although they may last for up to 45 minutes. When diving, the flukes are usually swung out of the water, sometimes to a great height so that it is possible to distinguish colour patterns and other characteristics which may be of use in identifying individual animals. Humpback whales are known for spectacular displays, for example lying on the surface and slapping or lobtailing. They may also breach continuously for a while or spyhop by ”treading water” in such a way that only the head remains above the surface. They are often solitary or may form schools consisting of a few animals. 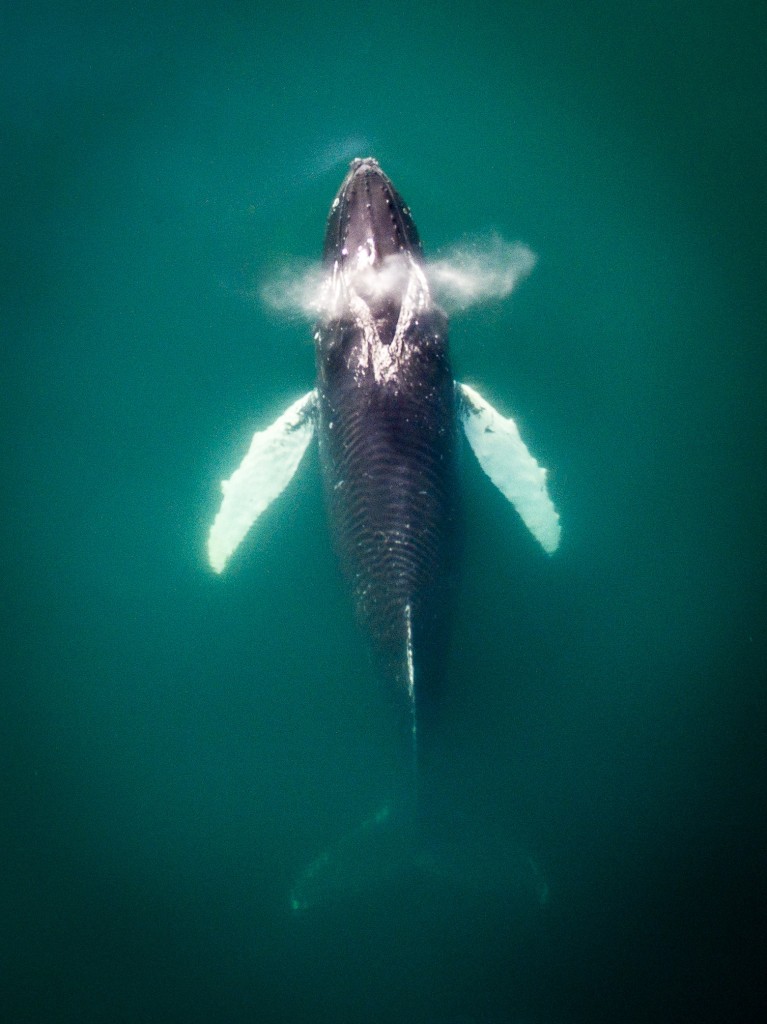