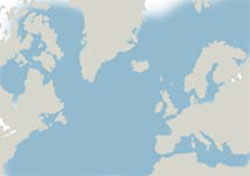 Killer whales are the largest dolphins; they are strong, robust and dappled black and white. Most of the animal is black, with the exception of the belly which is white right up to the beak. There is also a distinctive white patch above and to the rear of the eye. Another patch, usually grey, extends across the rear back. The dorsal fin varies considerably; on young animals and females it is broad and backward sweeping, quite similar to that of other dolphin species. Fully grown bulls, however, boast an extremely high vertical dorsal fin (up to 2 m). The males are much larger than the females. The flippers are huge and paddle-shaped. The head is rather small, the melon is rounded and the beak is short. The spout is column-shaped and only distinguishable under ideal conditions. The whale dives for only a few minutes. When pursuing prey, the killer whale can achieve great speed, rising high above the surface to breathe so that the patch behind the fin and the spot above the eye become clearly visible. Killer whales are extremely vivacious and alert; sometimes they ”tread water”, i.e. rise vertically with the head above the surface and appear to be taking note of their surroundings. Occasionally they indulge in playful breaching and capers. They travel in pods of varying sizes, from a mere handful of animals, up to several dozen. 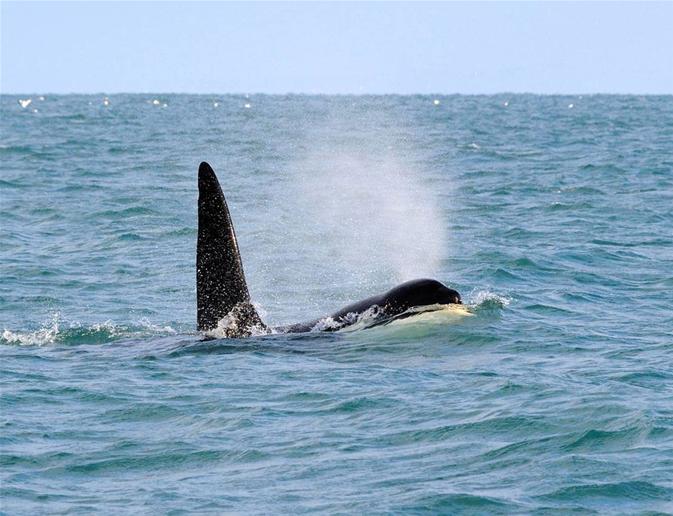 A a blowing Orca / Killer whale close to Haguanes